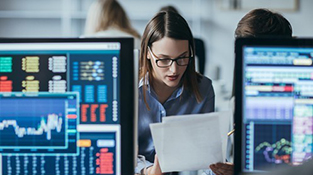 As governments and organizations continue to attempt to stop the spread of COVID-19, the containment measures such as border closures, travel bans, office / factory closures, and cancellation of events have started to impact businesses and operations in Greater China and abroad.

On 4 February 2020, the Securities and Futures Commission (“SFC”) and The Stock Exchange of Hong Kong Limited (the “Exchange”) issued a joint statement providing guidance to listed companies on, amongst other things, the disclosure of financial information. Listed companies were reminded that if their “business operations, reporting controls, systems, processes or procedures are materially disrupted by the [COVID-19] outbreak and/or the related travel restrictions, management should assess whether any inside information has arisen and, if so, make a separate announcement as soon as reasonably practicable, independent of any applicable Listing Rule requirement.”

Since the statutory regime for disclosure of price sensitive information (“inside information”) came into effect on 1 January 2013, the SFC has been proactively monitoring corporate information and disclosures to detect and investigate issues and taken enforcement action where appropriate.

Under s.307B(1) of the Securities and Futures Ordinance (Cap. 571) (“SFO”), a listed company must as soon as reasonably practicable disclose any inside information after it has come to its knowledge (the “Disclosure Requirements”), while under s.307G(1) of the SFO, officers of a listed company must take all reasonable measures from time to time to ensure proper safeguards exist to prevent a breach of the Disclosure Requirements by the listed company (the “Proper Safeguards Obligation”). Breaches could result in the SFC initiating enforcement action before the Market Misconduct Tribunal (the “MMT”), and penalties, including fines of up to HKD8 million being imposed on the listed company and its directors or chief executive, and order the liable person not to be or continue to be “a director, liquidator or receiver or manager of the property or business, of a listed corporation or any other specified corporation”, for up to 5 years. Additionally, a listed company or its officer that has been found in breach of the Disclosure Requirements may be liable to pay compensation to persons who have suffered financial loss as a result of such breach under s. 307Z of the SFO.

We set out below a summary of some relevant enforcement actions to highlight the types of inside information not disclosed, the delay in disclosure and the sanctions imposed.

Bearing in mind COVID-19 and the possible economic consequences arising, we highlight below some key points to note from the enforcement actions:

Key steps for directors and senior management to consider:

Given that the Disclosure Requirements have been in place since 2013, listed companies are expected to have effective systems and procedures in place to meet these requirements, and in light of the joint statement from the SFC and the Exchange, we anticipate that both regulators will be keeping a close eye on listed companies’ compliance with the Disclosure Requirements, and will not be slow to act if issues are detected.

We recommend directors and senior management:

The authors would like to thank Ken Lam, our trainee solicitor, for his contribution to this article.