Hong Kong, justifiably, ranks as one of the least corrupt places in the world, and has consistently been one of the top 20 economies with very low levels of corruption in the Transparency International Corruption Perception Index (CPI). Over the past four years, Hong Kong has improved its ranking in the CPI, rising from 18th out of 167 jurisdictions in 2015 to 16th out of 180 jurisdictions in 2019.1 Credit for these rankings goes to the Independent Commission Against Corruption (ICAC), Hong Kong’s main government body responsible for the investigation and prevention of corruption, for working hard to educate, investigate and bring enforcement actions, including against high profiled individuals, and to Hong Kong based organizations and people, for being vigilant and lodging complaints with the ICAC. Between January and December 2019, 2,297 corruption complaints (excluding election related corruption complaints) were received; 134 persons were prosecuted; 20 persons were formally cautioned, and 91 government officers were recommended for disciplinary/administrative action.2

However, corruption thrives in difficult economic times, particularly when organizational and enforcement oversight is weak. The disruptions caused by COVID-19 has had organizations focused on business continuity and workforce-related issues, with some being concerned if they will survive the financial impact of the disruptions and starting to furlough and/or lay off employees. At the same time, employees have been trying to adapt to the upheaval. Many have been working remotely with less supervision, trying to be productive. Some are now worrying about job security. These factors can result in organizations paying less focus on internal controls and compliance requirements, and employees cutting corners and/or giving in to the temptation of engaging in nefarious activities (e.g. offering bribes to secure business opportunities so that they can meet their bonus targets or soliciting bribes to line their pockets in case they lose part or all of their income through being furloughed or laid off).

As a guide to issues and risks to watch out for, we summarize below Hong Kong’s anti-corruption regime and some of the reported corruption enforcement actions in the first quarter of 2020.

The Prevention of Bribery Ordinance, Cap. 201 (POBO), Hong Kong’s main anti-corruption law, regulates both the public and private sectors. It proscribes the soliciting, accepting or offering of an advantage, which is widely defined in section 2 of the POBO as covering the following wide scope of benefits:

There are seven public sector offences, found in sections 3 to 8 and 10 of the POBO, which apply to government departments, public bodies, prescribed officers and public servants (which include the civil service). The remaining offence, found in section 9 of the POBO, which is focused on “corrupt transactions with agent”, applies to both the public and private sectors and makes it an offence for an agent to accept an advantage for doing (or forbearing to do) any act or showing favour or disfavour to any person in relation to the business of that agent’s principal. It should be noted that it is not a defence that the conduct for which the advantage was provided was not carried out. Under section 11 of the POBO, it is irrelevant whether the agent who received the advantage did not actually have the power to carry out the relevant conduct, never intended to carry out the relevant conduct, or never in fact carried out the relevant conduct in relation to the principal’s affairs or business.

Apart from the various POBO offences, there is also the common law offence of misconduct in public office which applies when a public official deliberately misconducts himself in the course of or in relation to his public office without any reasonable excuse. Additionally, the offence of conspiracy set out in section 159A of the Crimes Ordinance, Cap. 200, applies where more than one defendant is involved in the alleged commission of the bribery offences set out in Part II of the POBO.

Lessons from enforcement actions in Q1 of 2020

In January 2020, there have been a number of enforcement actions against numerous industries in Hong Kong:

In March 2020, a former joint-head of the IPO Vetting Team of the Hong Kong Exchanges and Clearing Limited and an initial public offering (IPO) consultant were charged by ICAC for bribery and misconduct in public office involving a total of $9.15 million in connection with the IPO applications of various listed companies. The former joint-head of the IPO Vetting Team faces two charges – one of public servant accepting an advantage, contrary to section 4(2)(a) of POBO, and one of misconduct in public office, contrary to common law.9

In April 2020, a former financial controller of a listed company was sentenced to three years and seven months’ imprisonment at the District Court of conspiracy to accept an illegal rebate of HK$590,000 for engaging an accounting firm to provide services, and defrauding the listed company of over HK$2 million by outsourcing other services to a consultant firm owned by him. The former financial controller was found guilty of two charges – one of conspiracy for an agent to accept advantages, contrary to section 9(1)(a) of POBO and section 159A of the Crimes Ordinance, and one of fraud, contrary to section 16A of the Theft Ordinance.10

The recent enforcement actions demonstrate issues and risks in the public as well as private sector, with those in the private sector being in various industries, including the heavily regulated financial services industry. They also involve senior personnel in organizations, including in different functional areas, such as finance, human resources, procurement and sales, soliciting and receiving secret commissions or other kinds of financial benefits prohibited by law. Most of the actions also involved more than one count of the alleged misconduct, illustrating lax internal controls.

We highly recommend that organisations remain vigilant. Amongst other things, they should consider:

Further details of Hong Kong’s legal regime governing bribery and corruption as well as recent trends and enforcement actions can be found in the 7th Edition of Hong Kong chapter of Global Legal Insights: Bribery & Corruption, 2020, which we contributed to. Please click here to access the chapter 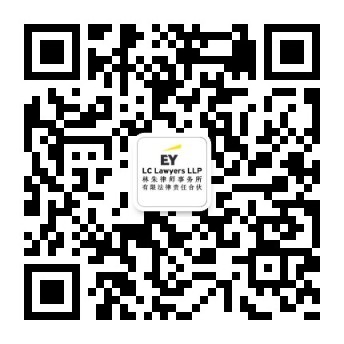